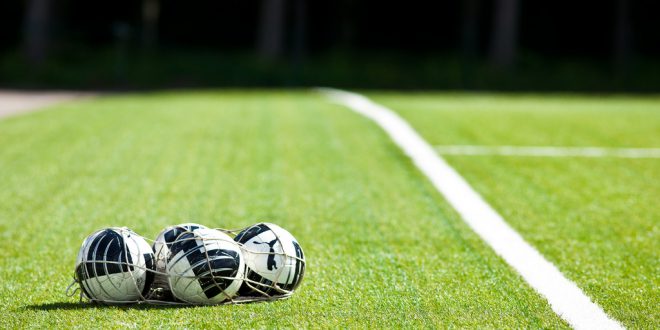 Womens football in Britain is now on the rise – in fact it is the fastest growing sport for women.  Throughout Britain 100 years ago, however, women ruled the pitch – some games were pulling in crowds of almost 60,000 at their matches – far in excess of the mens game. It was at this height of popularity that the FA officially banned women from playing on their grounds –a ban that would last for 50 years – in effect producing a catastrophic, devastating blow for womens football – the legacy of which is still felt today.  This effect is evident in the questioning of young female footballers – when asked who their football role models are, invariably the answers are Gerrard, Rooney, Messi etc.

This is a story that encompasses abuse of power, control, deprivation, sexism, spitefulness, class injustice, curtailment of freedom – all with women in the firing line.

During WW1 women were employed in munitions factories throughout the U.K.  They were considered to be the nations ‘hidden army’.  The work was physically trying, repetitive and very dangerous, sometimes resulting in the loss of fingers, eyes and other facial injuries.  The Dick, Kerr Locomotive Factory, Preston, North England was transitioned into a munitions factory.  Workers from there and 100s of other ‘munition-ette’ factories formed their own football teams – thus giving the women a much needed boost of morale, a sense of release from their demanding work and of course an outlet for fun.  In 1917 the Dick, Kerr Ladies played their first match against St. Helens Ladies and the proceeds of this and subsequent matches were donated to charity – usually towards discharged and disabled soldiers and sailors funds.  By the time Dick, Kerr Ladies football team had disbanded they had raised the equivalent in todays money of several million pounds for charity.

Lily Parr of Dick, Kerr Ladies was a tall, dark, strong footballer and was without doubt a superstar of the game.   In her first season alone, she scored 43 goals.  Whilst at a match in Chorley, a professional male goalkeeper commented that ‘you might be able to put one past a girl…’ – she accepted his challenge and not only did she stick the ball in the net, she broke his wrist such was the strength of her kick!  That same strength also cracked a goalpost on a separate occasion. She was one of the greatest players ever in the U.K. yet her name will not be answered in a poll of young female players questioned as to who their role models are.  Alice Woods – midfielder- another wonderful player could still do keepie uppies at the age of 90!

Media/newspaper reports from the time were hugely positive – womens football was regularly featured in a duly respectful manner. Reporters commented that the players had considerable ‘knowledge and practice of the game’.  Indeed the massive attendance figures confirmed these observations.

In November 1918 WW1 ended.  There was a huge need for charity – the Dick, Kerr Ladies team popularity soared and they raised thousands of pounds for the war wounded and their families.  They were invited to play on the Continent as the unofficial and undisputed England Team.  By 1920 they were playing up to three times a week.  On arrival back in England 53,000 spectators filled Goodison Park – with 14,000 being unable to gain entry! Of course, this wonderful situation could have been nurtured and harnessed by the FA but no – December 5, 1921 – the FA Council declared a ban on womens teams playing on FA grounds – in effect shutting down the womens game altogether.

Why? – well the FA stated that complaints had been made regarding football being played by women as “quite unsuitable for women” and “should not be encouraged”. They questioned how some matches were organised and arranged, and queried if in fact the money from matches was going to charity.  They quoted doctors as saying that football was physically bad for future mothers – as if work in munitions factories wasn’t?!

But really – why?  After WW1, the U.K. was in deep political anxiety – unemployment and inflation had risen sharply.  There was widespread industrial tension – particularly so in the mining industry.    In April 1921 there was a lockout of miners which lasted for three months. This lockout was partly due to the mines owners rejecting the workers demand for a national pool to equalise wages so there would be parity of wages throughout the country. Every single pit area had a womens football team.  These teams – Dick, Kerr Ladies being at the forefront  – donated very heavily towards miners wives and childrens’ funds – to help alleviate the dreadful burden of poverty that they were under.  This was viewed as enabling the working class struggle to succeed. Stories about the Russian Revolution of 1917 spread fear amongst the ruling class –fear of radicalisation, bolshevism, organisation of the working class was viewed as both political and social dynamite.  Women becoming politicised was dangerous for government. These women had to be – and were – put back in their places.  It was also a mean and spiteful means to discredit war women – munitions workers and charity workers.

Although Dick, Kerr Ladies refused to disband, conditions for their play were atrocious.  Their manager arranged some games for them in Canada and USA – on arrival, the Canadian FA cancelled their match and in US they were sometimes pitted against mens teams. Even so, the US media announced Lily Parr as “the most brilliant female player in the world”.  On arrival back in UK they had no choice but to play on dog tracks and in local parks – such a far cry from the FA stadiums where they had attracted record crowds of up to 60,000.  Media reporting – which pre-ban had celebrated and lauded the womens game, now had a totally different tone:  reports of “pretty playing”, “with the speed and determination of bargain basement hunters…they forced the pace…beauty bites the dust” and “as football is a mans game, girls of course have to play it”.  Dick, Kerr Ladies continued playing til the mid 1950s but due to diminishing support they folded.  June Gregson – whose role model and sporting idol was Lily Parr – had saved for her football boots for a year but when her father discovered she was playing football he promptly threw her boots into their fire.

The FA ban was finally lifted in 1971 (which Lily Parr lived to see) – the FA conceded that womens “nagging” had been successful.  At one of the first training sessions a player was singled out by a tv reporter as being the only married woman on the team and was asked “who looks after your baby while you are playing”.

Lily Parr was, in 2002, the only female inaugural inductee into the English Football Hall of Fame. Although the FA has admitted that women were let down and has committed to double the numbers of womens’ teams by 2020, the legacy of their ban has lived on. Womens football is only doing well in very recent years – 80,000 people turned up at the London Olympics 2012 final. However it has taken almost 50 years to get back to this level and it has been purely through the struggle of women who simply love to play football that this is the case.  Lily Parr, Alice Woods and all these women have been practically written out of history.  They should be the people that our young footballers aspire to emulate.  But no – because they were too powerful, too soon, too revolutionary – they were crushed.   Therefore – and not only in sporting terms, it is society’s loss as much as theirs.