Home » Blog » Austerity » Abortion Rights in The “Age of Austerity” 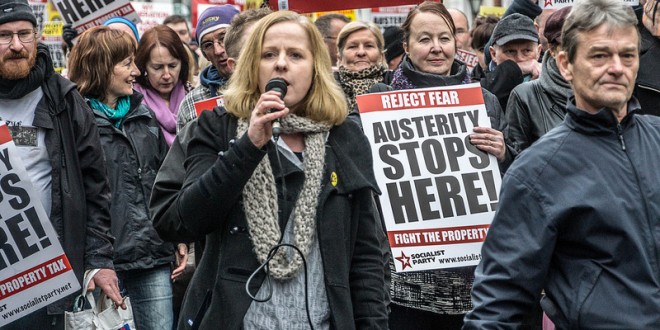 Abortion Rights in The “Age of Austerity”

Austerity is the robbing the poor to pay the debts of the rich. The role and position of women in the family and society means that they are especially vulnerable to the impact of attacks on social services and on the lower paid.

Women are the primary carers for the young, the old and sick. 86% of childcare is carried out by women and 82% of care to the elderly. Cuts to social and educational services such as home help hours, respite care, special needs assistants in schools, reductions in public beds in nursing homes all impact disproportionally on women who fill in the gaps in the services that should be provided by the state.

93% of lone parent families are headed by women. Lone parents as a group have been singled out for massive cuts to their incomes and living standards. By 2014 the cut off age for Lone Parents Allowance will be reduced to 7 years – this is in a country that has barely any public childcare.

Women still earn on average, 20% less than men; they are concentrated in lower paid work such as retail and services, and also make up the majority of part time workers. With the prohibitive cost of travelling to Britain to seek an abortion – costing upwards of €1000 – women may increasingly procure illegal and potentially unsafe abortions. For the sake of women’s lives, health, rights and choices we need free, safe legal abortion as well as a massive struggle against austerity.