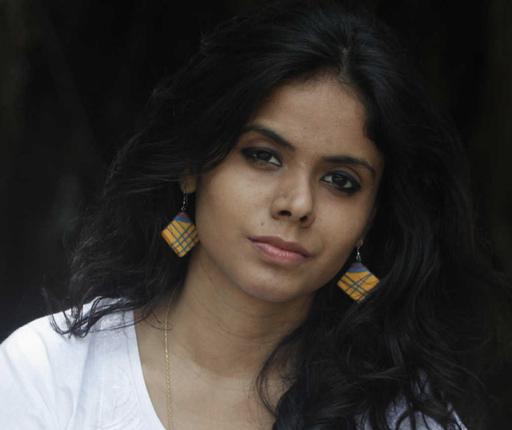 Meena Kandasamy is a political columnist, translator, and the author of two collections of poetry: Touch and Ms. Militancy. She has performed at poetry festivals around the world and has been a fellow of the University of Iowa’s International Writing Program, Charles Wallace India Trust, and the Hong Kong Baptist University International Writers Workshop. She holds a PhD in sociolinguistics. Her first novel is The Gypsy Goddess (Atlantic Books, UK). http://www.meenakandasamy.com/mk/Profile.html 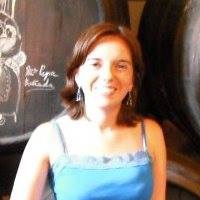 Victoria Lara is a member of “Socialismo Revolucionario” (CWI in Spain) and Izquierda Unida (United Left). Inside the United Left, she was elected as Women’s Secretary of Canary Islands in January this year, and she’s using this position to rebuild the Women’s Section in a more democratic way and attract younger women. She’s participating in struggles for abortion rights, and in the “basic wage” campaign which is fighting for the rights of all workers to a decent wage. 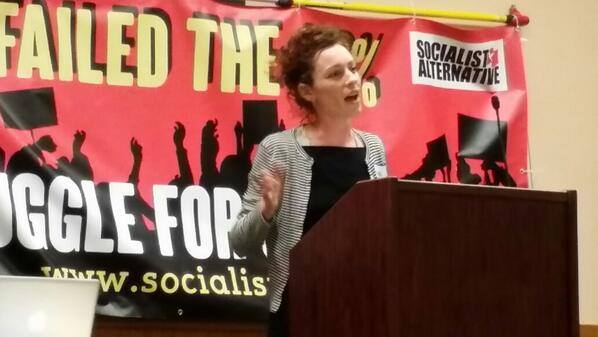 Ginger Jentzen is one of the leading organizers for 15 Now, the campaign which mobilised the grassroots effort to win a $15/hour minimum wage in Seattle. She organized the April 26 national 15 Now conference in Seattle and was an elected coordinator of one of the eleven 15 Now Action Groups, made up of neighbourhood activists who organized the ground campaign for 15. Ginger got involved first in the Occupy movement in 2011 and then in its successful offspring “Occupy Homes” that defended working class families in the south of Minneapolis against foreclosures and mobilised neighbourhoods to stop banks from evicting homeowners in arrears. As a member of Socialist Alternative, Ginger has campaigned to defend a woman’s right to choose which has been under sustained attack from the right wing in the US in recent years. 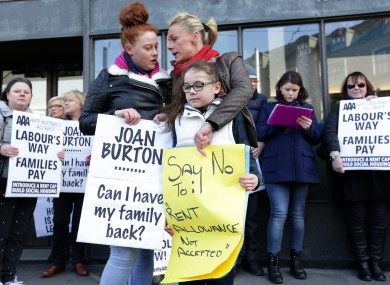 Gwen Connell is a Dublin mother who has been affected by homelessness in recent months due to government cuts and reliance on the rip-off private sector to provide housing. Gwen received international media attention by speaking out against government housing policy while highlighting the drastic toll it was taking on her and her young family. Gwen is a founding member of Housing Action and is striving to build major social movement led by those affected by the housing crisis, to exert huge pressure on the Government and establishment to solve this crisis.