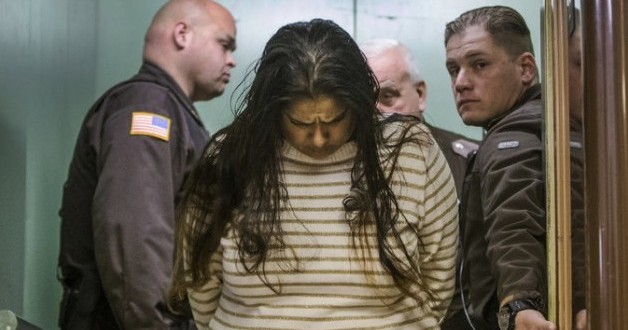 In February Purvi Patel, an Indiana resident, became the first woman in the US to be convicted of “feticide;” and on March 30 she was sentenced to 41 years in prison (she will serve 20) essentially for the “crime” of having induced an abortion. Bizarrely, Patel was also convicted of felony neglect of a child and the prosecution has offered no convincing explanation for these seemingly contradictory charges.

This case marks a frightening precedent, which, as a New York Times headline warned, could “just be the beginning” of a dangerous legal trend aimed at criminalizing women who miscarry or deliver stillborn babies. It also may prove an important legal milestone in the ongoing campaign to undermine and ultimately overturn Roe v Wade.

roe-ultravioletThis draconian and senseless prosecution should be a clarion call for a new mass movement to retake the ground women have lost to the right to reproductive healthcare in recent years. As abortion continues to be a useful issue for Republicans to galvanize the Religious Right, particularly during election time, they’ve launched a full scale attack on abortion access in state after state, passing over 200 abortion restrictions since 2011. In 2013, 56% of women lived in a state considered to be hostile to abortion, compared to 31% in 2000, according to the Guttmacher Institute, an organization that advocates for reproductive freedom worldwide.

Purvi Patel was initially reported to the police by one of her emergency room doctors, Kelly McGuire, who is member of the American Association of Pro-Life Obstetricians and Gynecologists. The pathologist who examined Patel’s baby and testified at the trial used the so-called “lung float test” to determine that the infant had been born alive. Developed in the 17th century, this test has been widely discredited as outmoded and unreliable. Despite falling under suspicion of violating Indiana’s state ban on abortions after 20 weeks, no abortion-inducing drugs were found in Patel’s system, according to a toxicology report presented at trial.

As a woman in a largely subordinate position, it was not possible for Patel to go to her family for help with an unwanted pregnancy. Patel lived with her parents who were immigrants from India with traditional cultural values forbidding premarital sex. Patel also worked in her family’s restaurant and was a caregiver for her grandparents and parents.

Criminalizing pregnant women is a renewed effort by the right to demonize women who are often poor and particularly vulnerable. Bei Bei Shuai, another Indiana woman, spent over a year in jail on charges of attempted feticide, after she attempted suicide while 33 weeks pregnant. Her baby was born alive, and she was grief-stricken when the baby died days later. After an international outcry, the charges against her were dropped.

Several states are routinely prosecuting women for child abuse if they take recreational drugs during pregnancy. Women of childbearing age in these more conservative states are on a slippery slope; having a drug abuse problem, or even an ordinary miscarriage or stillbirth holds the possibility of landing them in prison.

article-2066979-081D9B4B000005DC-787_468x347Increasingly, this right-wing offensive frames women as walking incubators while marginalizing their rights as autonomous individuals. The oppression of women in our society means that women experience inequality on many levels: they are economically disadvantaged compared to men, they are disproportionately responsible for child and family care, and they are objectified and highly sexualized in our culture. Criminalizing pregnant women for terminating their pregnancies or harming their fetuses through drug use is a cruel response to the multiple vulnerabilities confronting women.

Prosecuting pregnant women is another expression of the ideology that women are to be controlled by men. Methods of divide and rule allow the top one percent to keep this capitalist system in place that in the end fails all of the 99%. Policing women’s sexuality and reproductive capacity is part of that brutal method.

Although most Democratic politicians nominally support a woman’s right to have an abortion, the Democratic Party has proven itself incapable and unwilling to mount any serious challenge to the criminalization of pregnancy and the rollback of abortion access. We need to build a movement in the streets, campuses and workplaces for abortion rights, connected to a campaign to end the gender pay gap and for paid maternity and paternity leave as a step towards equal rights for women. Labor has a decisive role to play to build towards a powerful movement, encouraging and empowering women and to educate male workers to join the battle against misogyny.

Further, we need a truly democratic and independent political alternative that represents working people and all people suffering oppression under capitalism. It is not accidental that Roe v. Wade legalized abortion in 1973, a heady time for the women’s movement. We can have no illusion that the Democratic Party, under Hillary Clinton or any other establishment politician, will take on the task of restoring and expanding women’s right to abortion.

For a new women’s movement

reproductive_rightsSocialist Alternative stands for the right to a free abortion on demand, as well as free health care; and, we also stand for securing all that is needed for women and families to choose to have a child. No woman should be forced to continue an unwanted pregnancy, and no woman should have to end a pregnancy solely for financial reasons.

Women’s groups and labor should launch bold campaigns to roll back Republican attacks on abortion rights and stop the criminalization of pregnant women to build a new militant women’s movement, independent of the Democratic Party establishment. Women make up a majority of low paid workers, and a new women’s movement can build powerful links with the movement for a $15 minimum wage, as well as fight to close the gender pay gap.