‘Let’s Talk about Sex,’ Said the Nun at My School

I go to an all-girls Dublin inner city convent school. It’s not a bad school and most of the teachers are amazing. However, from time to time something ridiculous happens. One of these things would be our annual ‘retreat’, organised by my school’s chaplain.

The retreat last year took place a couple of weeks before my Junior Certificate (because we clearly weren’t stressed enough and taking us out of a whole afternoon of classes was the best way to fix that.) It started off as per usual, a couple of religious songs, some dancing and prayer, before a worse deterioration.

The nun showed us a video of Pam Stenzel speaking about the “dangers” of sex. Stenzel is a popular Christian abstinence educator from the US and an expensive one at that; she charges $4,000-$6,000 for an appearance. Her best lines include; “No one has ever had more than one partner and not paid (a price)”; (about the contraceptive pill) “That drug… that this girl is taking has just made her 10 times more likely to contract a disease than if she was not taking that drug.”; and, my personal favourite, “If you take birth control, your mother probably hates you.” 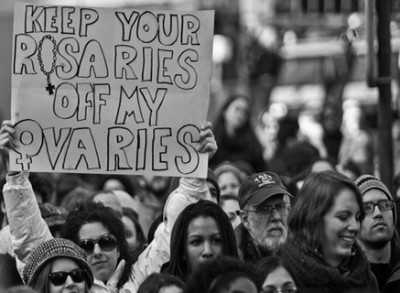 95th Anniversary of the Death of Rosa Luxemburg – Public meeting