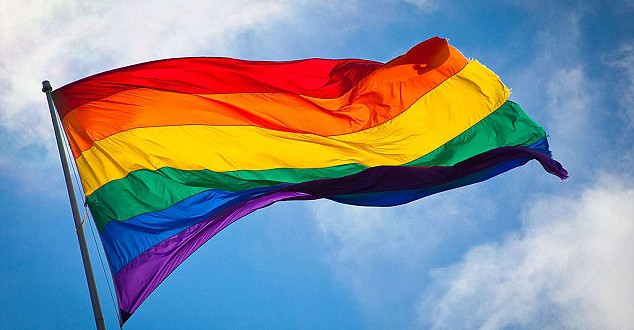 A speech by a ROSA and LGBTQ activist on the Orlando shooting, homophopbia and bigotry in society.

The horrific shootings in the Orlando Latino gay nightclub that killed 49 people, brings into sharp focus that, despite all the progressive gains we have made with LGBTQ rights in western society, there is still a long way to go.

There has been a long history of attacks on LGBT people. Pride celebrations have been a festive event that in recent years has become depoliticised. But the reality of what happened in Orlando brings us back to the deeper struggle that pride originated from; the struggle that still exists today.   The riots of stonewall in 1969, after a police raid on an underground gay bar, was a political response to police brutality, hate crimes and discrimination across society. Enough was enough. But during this period, there was also a general radicalisation in society. With the anti-Vietnam War and Civil Rights movements that were inspiring and had a huge, positive impact on the LGBT movement. This can be seen reflected in the slogans of “Gay power”, which mirrored the “Black Power” slogan of the Black Panther Party.

Now, nearly 50 years later we still see the same type of right wing reactionary forces still exist within society.  Donald Trump, who has gained a lot of momentum behind him in this presidential election, has thrived on his blunt, racist, sexist and extremist views. Trump and his Republican Party have also tried to use Orlando to create a narrative against Muslims, and this xenophobia has been the main message of his campaign. In reality, the Republican Party have been criminal in their stance on LGBTQ rights. Most recently the discriminatory bathroom policy against Trans people, painting them as predatory paedophiles for wanting to use the bathroom they identify with. On the one hand creating this sinister image of Trans people while on the other promoting sexism and rape culture.

One of the most notable comments that sticks in my mind was from Todd Akin. He claimed that if legitimate rape occurred a woman could shut down her body to prevent pregnancy. And unfortunately this isn’t a once off bizarre comment but a culture that exists within the party, a lad culture across society, which capitalism reinforces and that is wrapped in layers of hypocrisy.  It’s important to not let these right wing forces divide us. You can’t have sympathy for victims of Orlando while also reinforcing homophobic and transphobic attitudes and using Muslims as scapegoats. An important lesson to learn is to not be divided, but to stand in Solidarity.

In Ireland, we have gained massively in the past year with the marriage referendum passing and the Transgender Recognition Bill. A testament to the years of struggle of the LGBT people in Ireland. One of the most heartfelt scenes on the day the marriage referendum passed, was the laying of flowers and candles in Fairview park for Declan Flynn, who was beaten to death 34 years ago for being gay. This brutal attack sparked the first pride parades in Dublin after the murderers walked free. Again, years of LGBT struggle got us to this point.

During this referendum, it was interesting to see the type of narrative that came out from different political forces. The Labour Party’s slogan was “Let’s treat everyone equally”, this general and vague message was replicated across all the main parties. Completely hypocritical considering the years of austerity imposed at the behest of the Labour Party directly affecting LGBTQ people.

But it also didn’t strike at the heart of the problem. The Anti Austerity Alliance took up the slogan “Discrimination damages lives”. This hit at the crux of the issue in society. Why is this relevant to a discussion on bigotry and homophobia? Because it begs the question of what kind of political force in society we need to combat this. What kind of political force we need in society for social and economic freedom for all oppressed groups. When the Catholic Church still controls 90% of our primary and most of our secondary schools, how isolated is an LGBTQ person supposed to feel when we can’t even have a frank discussion about sexual orientation. How is that going to impact our mental health when suicide rates are already higher among LGBTQ people? If an LGBTQ person needs to move out because their family isn’t supportive, but the renting crisis is going to make them homeless, it demonstrates how all these issues are intertwined. So you can’t talk about social freedoms without talking about economic freedoms. It is not surprising that there was such a strong yes vote in working class areas for marriage equality; Ballyfermot was 85%, Cherry Orchard 90%. You can point to many examples across history of solidarity across oppressed groups.

The point needs to be made and made again, that while we have come far, the struggle is not over. We need an international outlook as violence is an everyday reality for LGBTQ people around the world. The LGBTQ movement should not be limited to civil rights reforms confined to electoral politics, because the oppression isn’t limited to legal reforms. Discrimination, bigotry, and homophobia pervades different aspects of life. We need a linking up of the LGBTQ movement with wider workers struggles. Why? Because the structural inequality of capitalism benefits on the oppression of different groups. It benefits by creating the narrative of the traditional family and embedding it into society to reinforce gender norms.  It benefits from the oppression of women who provide most of the unpaid labour within the economy. It benefits by dividing struggles.

If all the people who got involved in the marriage equality campaign got involved in repealing the 8th  Amendment for abortion rights, imagine what a blow that would be to right wing conservative forces and the old Catholic Ireland.  Why should all these struggles unite? Because many struggles exist in society, but class is inherent within capitalism. We live in a class structured society, so when we talk about how to achieve social and economic freedoms, class struggle is imperative. When we think about different types of oppression, it’s not an abstract construct, it’s an everyday reality.

The solution to overcome these problems isn’t simple, but historically we can see from all the gains we have won, it involves solidarity between oppressed groups. It involves organising and working towards a left political movement to challenge the Trumps, the Enda Kennys who reinforce homophobia in society. To challenge the 1% and to work towards an alternative to capitalism for our social and economic freedoms.

If we wear each other’s badges, carry each other’s banners, and shout each other’s slogans, then we can build a movement that’s bigger and stronger than any one issue, and bring about the necessary socialist change to eliminate all oppression.