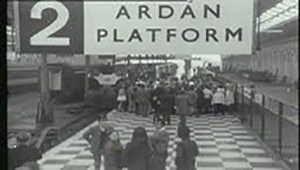 Leaving Dublin Connolly station at 9.30am for Belfast

Arriving back at 2:30pm at Connolly Station

An action will take place next Tuesday to highlight Ireland’s continued ban on abortion and to call for repeal of the 8th amendment.

Pro-choice activists will take the train from Dublin to Belfast and bring back safe, non-surgical abortion pills banned by the Irish state.

They will also take the pills to demonstrate their safety and to defy Ireland’s medieval abortion laws which criminalise women.

World renowned pro-choice doctor, Rebecca Gomperts, is meeting the train in Belfast to participate in the return journey and to support the action.

The action takes place two years after the death of Savita Halappanavar  and months after the effective torture of another pregnant woman, a migrant rape victim who could have been given these pills.

The participants include activists from a range of Irish pro-choice groups including ROSA, Action for Choice, Real Productive Health, as well as a number of TDs and councillors from People Before Profit, Socialist Party and Anti Austerity Alliance.

You are invited to send a journalist / photographer on Tuesday or report on the journey itself.

Participants will gather at Connolly Station from 9.00am and are available for interview. Supporters are being asked to greet the train on its return to Connolly Station in Dublin at2.30pm where a rally will be held.