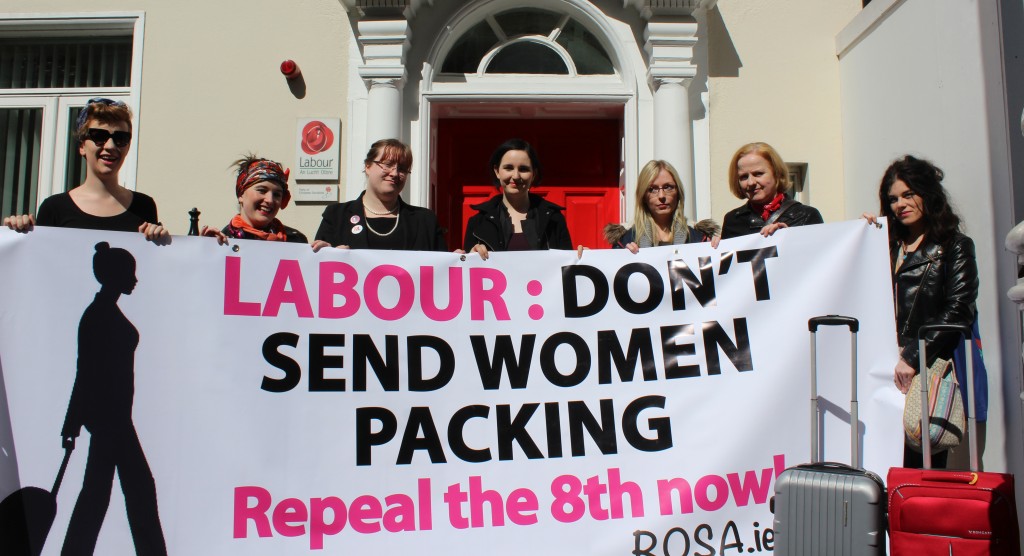 “We are protesting at Labour’s head office today to call on them not to turn their backs on women for a third time and to support the Bill next week to repeal the 8th Amendment. Labour have official policy to repeal this medieval Amendment, so how could they possibly justify voting down this Bill?”

“Our banner says ‘Don’t send women packing’, because that’s effectively what Labour will be doing if it continues to hypocritically dodge this issue in the lifetime of this government. Thousands of women endure secrecy, stigma and huge expense having to travel abroad for abortions.”

“Poor and sick women don’t even have that option and risk their health and even their life as long as this Amendment remains.”

“It would be political cowardice for Labour to vote down the Bill by Ruth Coppinger and Joe Higgins TD. This government has presided over the death of Savita Halappanavar, the effective torture of a pregnant rape victim and a clinically dead pregnant woman being used as an incubator. How much more can they stand over?”