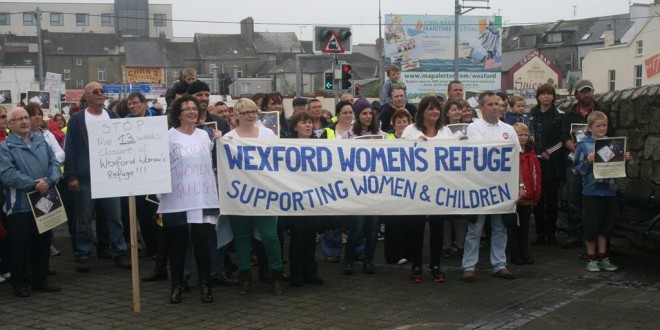 The refuge offers vital services to one of the most vulnerable sections in our society, women and children who have been victims of abuse and violence in the home. Yet, the residents were told they will have to leave as the refuge will be closing from the 1st September and for 3 months, with vague and uncertain plans to re-open in the winter.

ROSA activist Eleni Vetsika said “Women who have had to run away from home under horrific circumstances, who have had to hide to protect themselves and their children are becoming victims once again, but this time it is the state that was supposed to protect them that will be exposing them to further dangers.”

ROSA activist Fiona O’Loughlin stated “The draconian measures of the FG/Labour government see no limits, targeting women and children in need while protecting speculators. However, this attack comes as no surprise, it is quite consistent with a huge number of other cutbacks children and women had to face in the last few years”.